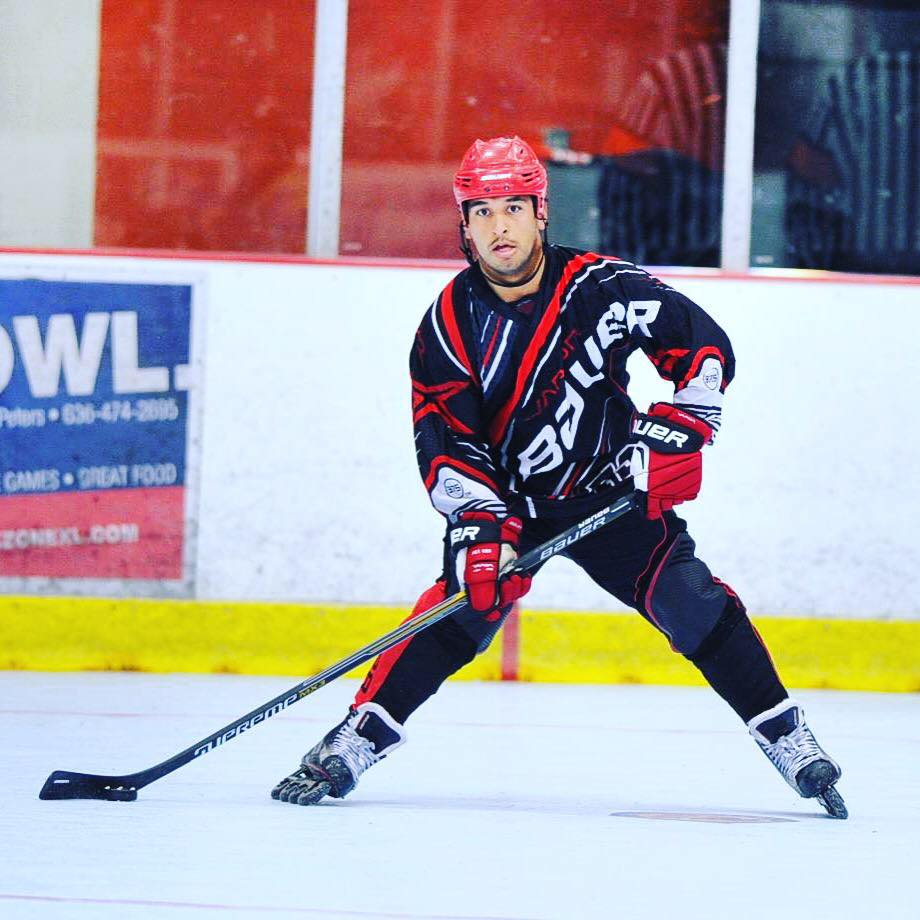 Junior Cadiz is back.

Indeed, the Yeti’s Grenoble has finished their free agency with a big splash named Junior. Often regarded as one of the best players in the world by his peers, Junior will make an anticipated return in the Ligue Elite after a year spent in Spain.

For the ones who may not know Junior Cadiz, it is 33 games played in N1 (second tier) for 82 goals, as well as 72 assists with Montchavin. It is also, 34 games played in the Ligue Elite along with 45 goals and 68 assists spread with Villeneuve, Grenoble and Montachavin.

For the young players and the ones who may not know you, what have you been up to since your last visit in our championship?

Junior Cadiz: Well since leaving, I took a year and went back to Spain and the island of Mallorca to be exact. It’s one of the most amazing places I have been to in the world and I knew I would go back there at some point since leaving a few years before as I didn’t get a chance to finish a full season. So I was lucky enough to keep in contact with people from the club and it just worked out for me. I have some very close friends there and I was glad I was able to head back, build better relationships with people there and have some unforgettable memories. It also didn’t hurt that we did very well, 1st in the league, 2nd at the European League by CERILH and 2nd at the Kings Cup.

I’m sure you had several offers here and there, so what has made you decide to come back here?

Junior Cadiz: I did have a couple of offers to other places, but I recently finished my bachelor degree in school and will be starting my master’s program next month now. Grenoble was willing to work around my schedule and I was able to work around theirs. I have a friend (Shane Fox) heading over as well so it was an ideal situation for me. I get to spend a few more weeks in Europe playing hockey while finishing school as well. It was another awesome opportunity I had to take advantage of because I know this aspect of my life will be ending very soon.

What do you think make this league so attractive to foreign players like you? Is it the best league in the world?

Junior Cadiz: There are so many players from the States and Canada and just about all over the world that want to come to Europe to play inline hockey as it’s clearly getting better and better. The French league (congrats to Team France for their championship by the way) has made a statement in showing it produces great players and teams and it’s just as attractive as the Spanish League and Italian’s and others around. The European League, last year proved that Europe, in general, is getting better and better as the years go by and we all have each other to thank for that. We have players from countries willing to go to other countries to help teams and leagues out and it’s just really cool to see and I can only hope each and every country gets better by the year because of it.

What is your best souvenir here in France? And who is the best French player nowadays?

Junior Cadiz: It is really hard to say what my best memory in France has been. From winning the French cup my first couple months here to win the league with Montchavin. I have far too many memories I don’t think I can pick one, I cherish all of them just as much as the next. I have had the honor of playing with awesome players in France. I have always thought highly of Julien C. and last summer being able to have Roman as my goalie at the Upper Puck.There are too many good players, and it’s impossible to pick one as everyone brings a different skill to the table. I’ll just keep it simple and safe and say Elisa Pogu, she’s French enough ; )